As you probably know, the Spanish Inheritance Tax is a tax on the goods of someone who has passed away, just like in many other countries. This tax includes property, money and any other kind of assets.

Also, we are all well aware that Spain, like most of Europe, has serious financial problems and, consequently, the state is having to introduce new policies and taxes to help balance the deficit, including the Spanish Inheritance Tax.

The problem varies across the 17 autonomous regions of Spain, and so policies and levels of taxation vary according to the laws of local community governments.

The Comunidad Valenciana (government of the Valencian region, which includes Alicante, Valencia, and Castellón) has been reviewing a number of fiscal policies. One tax that has been revised is the Spanish Inheritance Tax (IHT).

Many people are aware that this is more complicated and potentially more expensive in Spain than in the UK. However, this is not necessarily the case, as Inheritance tax is totally different in Spain and in the UK.

This has now become even more important as the tax levels have been revised and allowances amended. Again, it is important to point out this tax does vary greatly from region to region and, with this legal information, we are primarily highlighting the changes in the Valencian region.

Before the change, which came into effect on August 6, 2013, published Decree-Law 4/2013, of August 2, in Spain, it was possible to apply allowances of up to 99%. This has now been reduced to 50%, which would be applicable only to certain relatives. These tax-free allowances depend on the relationship of the beneficiary with the testator, or even the constitution of the assets.

Besides this group classification, there are also other allowances for the Spanish Inheritance Tax, such as the reduction of 100,000 euros on the Spanish Inheritance Tax for children and spouse, which could even increase up to 156,000 euros for those under 26 years old. Finally, there is another reduction if inheriting the main residence property of the testator and the inheritor does not sell within 5 years.

However, the actual financial base figure has increased and so the actual final allowances are calculated using a number of complicated factors relating to the relationship to deceased, age, residency etc. Also, in Spain, there is not a fixed inheritance tax percentage to be applied to the estate. The tax is calculated on a sliding scale.

Please be aware that depending on several circumstances the inheritance tax to be applied to the estate would be that of the Comunidad Autonoma (i.e. Comunidad Valenciana or any other of the 17 that exist in Spain) or that of the Spanish Central estate. Each Comunidad Autonoma, as well as the Spanish Central state, has different rules regarding the Inheritance Tax, which we cannot comment on in this article.

It would be highly advisable to receive financial advice on how to reduce the inheritance tax impact on your Spanish estate. There are different ways to avoid this (i.e. by equalizing estates). For those reasons, it is vital to seek professional advice to understand your potential exposure to this tax.

Now is a good time to review your financial and taxes planning, get information from professionals, and this naturally goes hand-in-hand with making wills.

Peter and Elizabeth have equalized their estates with each holding £350,000 under their sole names. Peter dies leaving £300,000 to the children and the rest to his wife. No tax is payable under Peter’s death as the gift to the children falls within Peter’s nil rate band and the gift of residue is spouse exempt.

Disclaimer: This article does not pretend to be totally comprehensive of all the potential cases and it is only for information purposes. We recommend taking professional advice and information to guarantee that you have planned in advance any tax liability, in Spain or in the UK.

Changes in the Inheritance and Donation tax for foreign residents

Regarding the Inheritance Tax of Spain, a resident in countries outside of the European Union could also be taxed for their inheritance with the same benefits as residents within the Member States.

As a result of this unequal treatment with regard to the Spanish Inheritance Tax and residents of the European Union, the previous ruling of the European Union High Court of Justice in September 2014 compared the possibility of residents from other European Union Member States to benefit, as residents of various Autonomous Communities do, thanks to the application of the autonomous regulations available, depending on the location of the heir/donor, or the property’s location included in the inheritance or donation.

There was, however, a total lack of protection for those foreign nationals residing in third countries (non-EU members), although last February, the Supreme Court finally ruled in favour of a Canadian resident, with regard to the Spanish Inheritance Tax, resorting to settlement for which, back in the day, they paid more than 300.000 euros.

This ruling made a new breakthrough in the non-discrimination of tax treatment from donations and inheritances of residents or deceased non-residents in Spain, contributing also specifically to the inclusion, on the possibility of residents from third countries to benefit from the regional allowances for the Spanish Inheritance Tax.

Regarding this new Spanish resolution, a previous STJUE of 2013 has had much to do with a similar case, which considered German law waving worse tax treatment in the inheritance of a property located in Germany, to an heir which was resident in a non-EU Member State, specifically Switzerland. It was under the aforementioned Judgment that since then it is considered that EU and non-EU residents are equally entitled to request nullity since the treatment of non-residents with inheritance and donation tax is completely against the Community Law.

Finally, the Canadian appellant argued that the principle of prohibiting all restrictions on capital movements between Member States and between Member States and third countries was violated, as well as the principle of equality according to the Spanish Constitution, which without a doubt motivated the favourable opinion of the Spanish court, condemning the Spanish administration to return to the appellant the amount paid over. 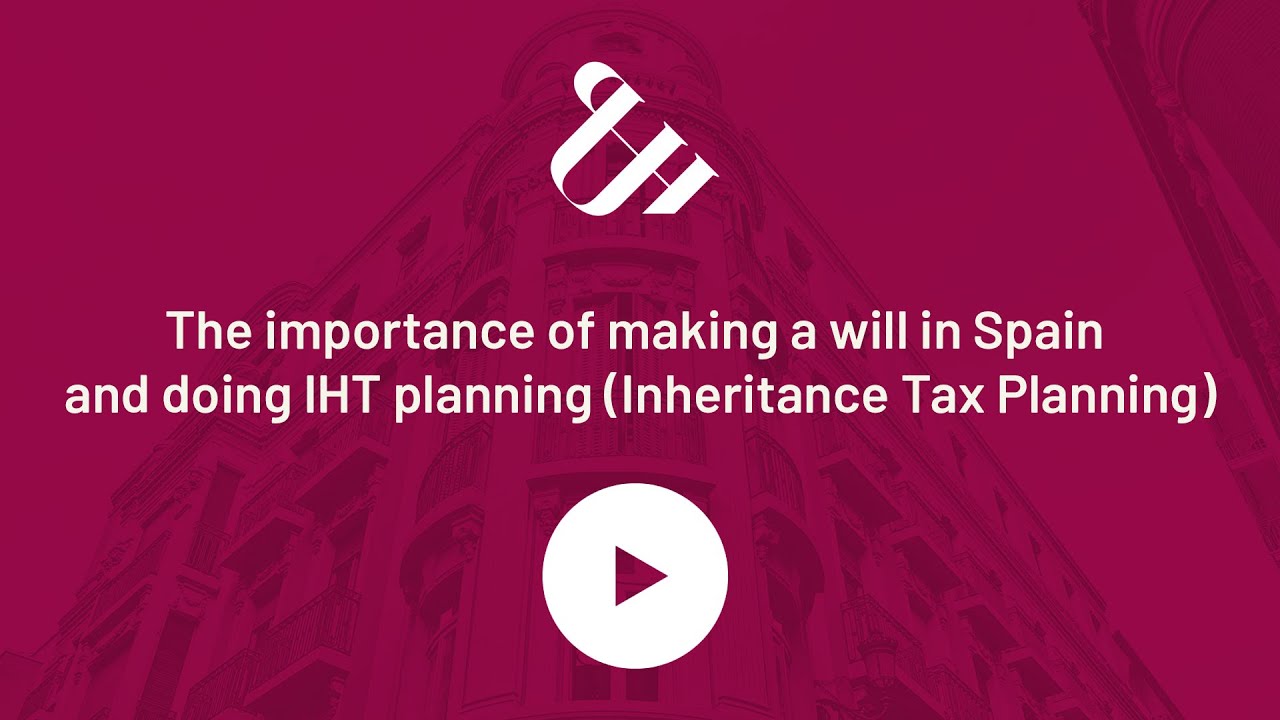 Spanish Wills. Everything you need to know about wills in Spain

© 2023 PELLICER HEREDIA – Alicante Lawyers
We use our own and third-party cookies for analytical purposes and to show you personalized advertising based on a profile prepared from your browsing habits (for example, pages visited). Click here for more information. You can accept all cookies by pressing the "Accept" button or configure or reject their use by clicking "change settings".
Accept cookies
Cookies Settings
Cookie Box Settings
Cookie Box Settings
Privacy settings
Decide which cookies you want to allow. You can change these settings at any time. However, this can result in some functions no longer being available. For information on deleting the cookies, please consult your browser’s help function. Learn more about the cookies we use.
With the slider, you can enable or disable different types of cookies: